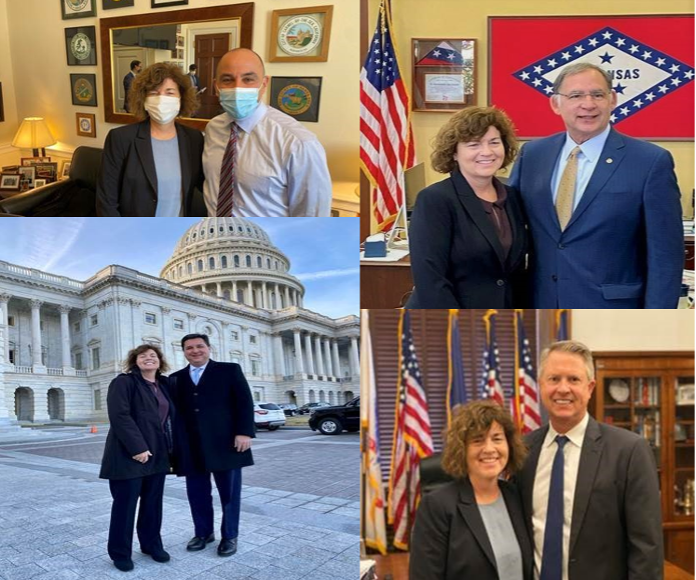 iFoodDecisionSciences recently completed a third round of meetings with lawmakers on both sides of the political aisle in Washington, DC as the company continues to lend its voice in support of food safety solutions.

iFoodDS founder and board member Diane Wetherington conducted meetings this month on Capitol Hill with US Sen. John Boozman (R-AK), the ranking member of the Senate Committee on Agriculture; Sen. Roger Marshall (R-KS), another member of the Senate agriculture panel; Rep. Jimmy Panetta (D-CA), a member of the House Ways & Means and Agriculture committees and a leading congressional champion of food safety and traceability measures to prevent outbreaks; and Rep. David Rouzer (R-NC), a member of the House Committee on Agriculture. Diane’s meetings build on meetings iFoodDS conducted in June and September on Capitol Hill and more than a year of virtual outreach to key Members of Congress and congressional staff prior to that.

A key topic of discussion in Diane’s meetings with Members of Congress continues to be bipartisan legislative language championed by Mr. Panetta and passed by the House earlier this year that would provide new funding and support for food safety and traceability initiatives. A meeting was held in early November with legislative staff for Senator Diane Feinstein (D-CA), who serves on the Senate Appropriations Subcommittee on Agriculture, to familiarize Senator Feinstein with the language backed by Mr. Panetta and his bipartisan group of House members in hopes the California senator will throw her support behind the effort.

Since early last year, iFoodDS has been working with strategic guidance from former US House Speaker John Boehner (R-OH), who served as vice chairman of the House Committee on Agriculture for years before taking the Speaker’s gavel in January 2011 and now serves as senior strategic advisor at Squire Patton Boggs LLP. In consultation with Boehner, iFoodDS has engaged directly in the federal policymaking process, forging relationships and lending its expertise on matters of importance to American food safety and quality.

iFoodDS’ work in Washington has come as legislators and regulators have worked to meet the challenges of the global pandemic, crafted legislation to fund federal agriculture programs for the current fiscal year, and begun preparations for the reauthorization of the next federal farm bill, which is expected to be passed by the next Congress (2022-2023).